Today I spent a bit of time down at Mad Hatter’s House of Games in Lubbock, Texas. Across my twitter feed yesterday came news of an event called HUDCon. HUD, or Heads Up Display, is a student group at Texas Tech University in Lubbock.  They run a Youtube channel for game and television reviews. They have also decided to make a small con apart of their regular schedule of events.

At Mad Hatter’s I estimate they had twenty to thirty attendees. Which I imagine is a result of the short notice others may have had about the event. But the first thing you should remember is that they are students they are learning. So, I look forward to seeing what they do learn by doing.

For the afternoon they planned several events. There was a raffle which had quite a few nice looking prizes, mostly nerd swag from comics to action figures. They had a few speakers. Also different organizations from Texas Tech, like TTU Humans Vs. Zombies and Texas Tech Esports were present. 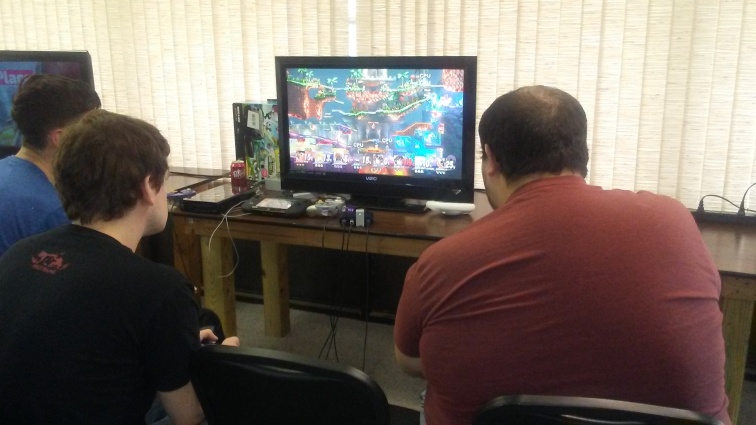 The main attraction was the gaming though. They had four different play stations set up one with a Nintendo Switch and another with a Wii. Texas Tech Esports had set up two TVs with Xbox 360s and Halo 3. I had a good conversation with one of their officers and he said his organization primarily helps people set up their own esports events like Halo tournaments. The fact they only had Halo 3, I think, speaks well of their taste.

I learned that HUD plans on trying to do a HUDCon each fall and spring semester of the Texas Tech calendar. They have also started a partnership with the HUB City Comic Con organizers. So I expect next fall they will put on a good event at Texas Tech’s Student Center. Keep an eye out for it.